What We Do in the UK

The Charity is well supported by local schools.

St Andrew’s High CE High School for Boys has taken several groups of students to Kenya (Although
visits had to stop in 2014 when the security situation prompted the UK Government to advise
visitors not to go near Mombasa – this advice was lifted in 2015.

Our support from the Aga Khan Academy is almost as old as the Charity. We first met staff and students from this international school when they came to Bombolulu
with a social service project in 2004.

Since then they have come to Unity School to take Music and PE lessons. They have taken Unity pupils to the Academy to use computers and Food Tech rooms. They have played football against Unity on the local, uneven, no line markings football pitch. The pupils from the Aga Khan have also taken the Unity team to play on their all weather, artificial turf pitch.

Twice a month the Aga Khan organise a bus to collect pupils from Unity to take them back to the Aga Khan for a morning, where the Unity pupils can use the Aga khan facilities, overseen by their pupils. 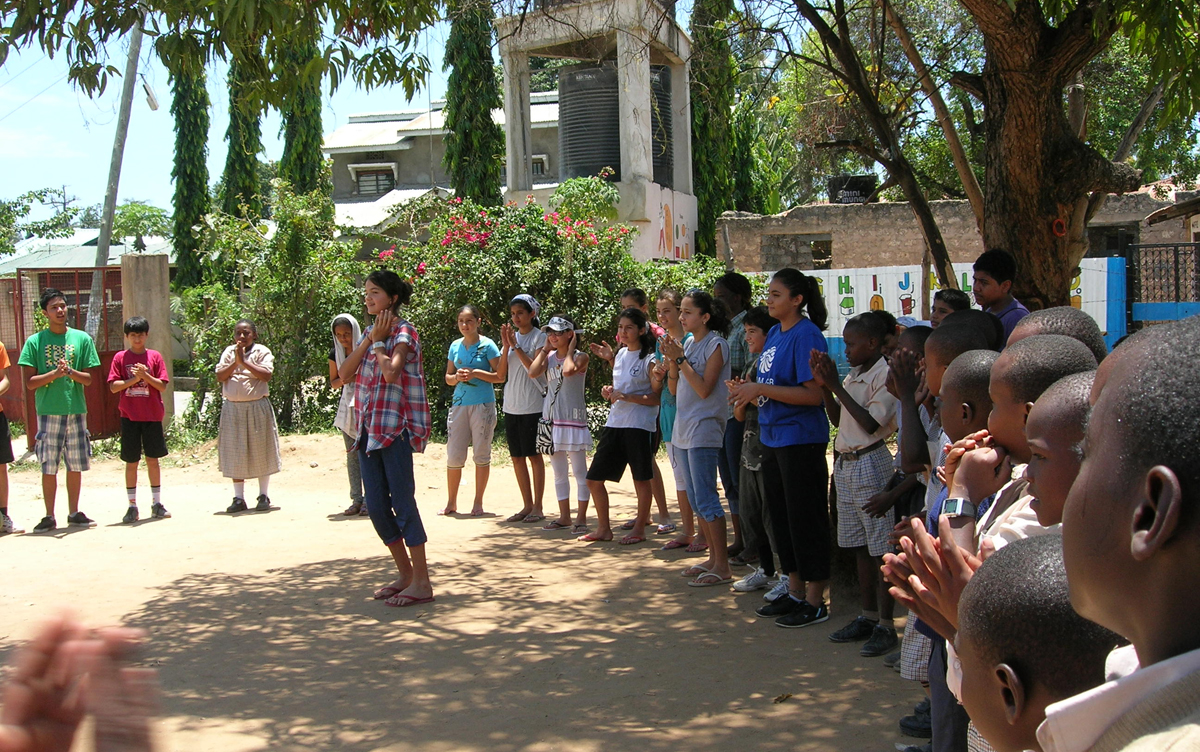 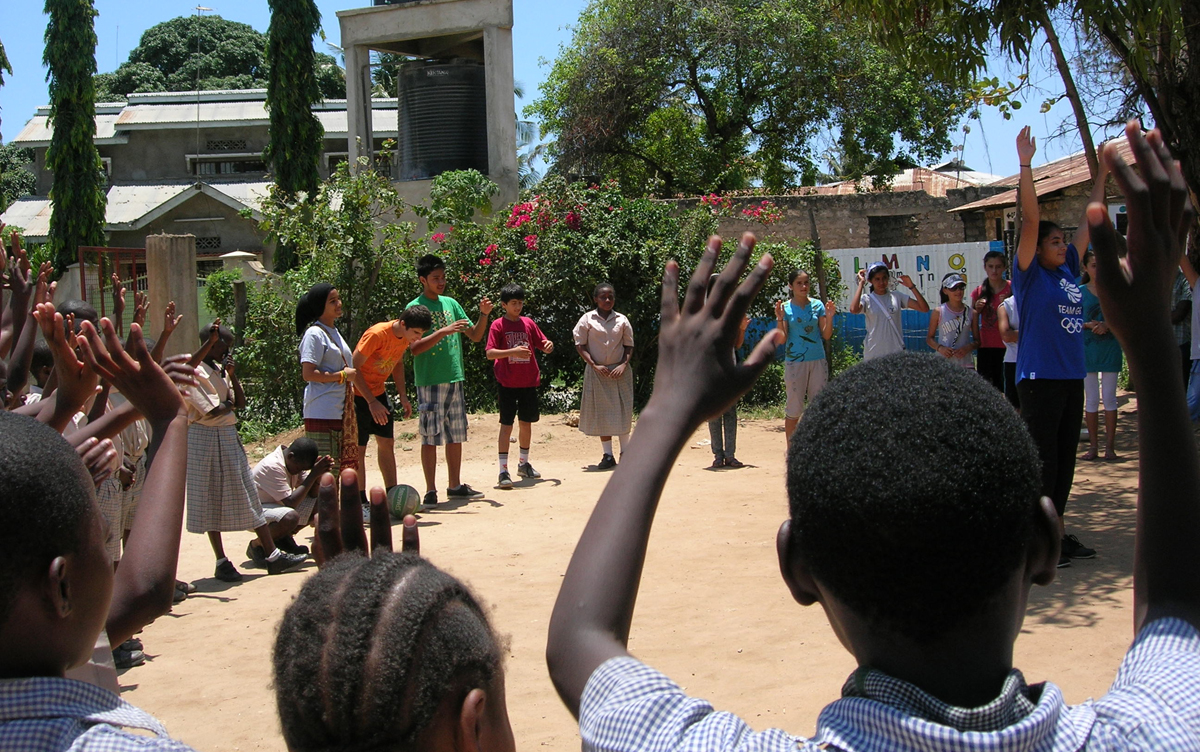 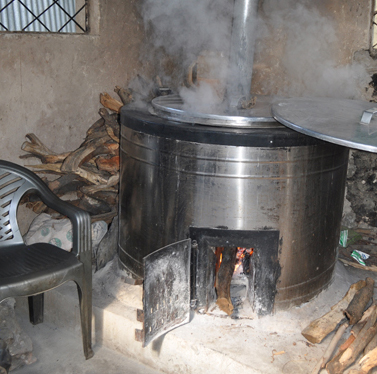 One of our major supporters is the International School, Eindhoven. Click here to find out how the ISE school is making a huge difference to the lives of the children at Victory School, Mombasa.

Pupils at Broadwater School have raised funds for a garden project that has enabled children in the orphanage to grow vegetables to supplement their rather basic diet.   More recently, they have been buying T-shirts and adding creative designs. When finished the T-Shirts are sent to Unity School where a new T-shirt is a luxury item for most students. 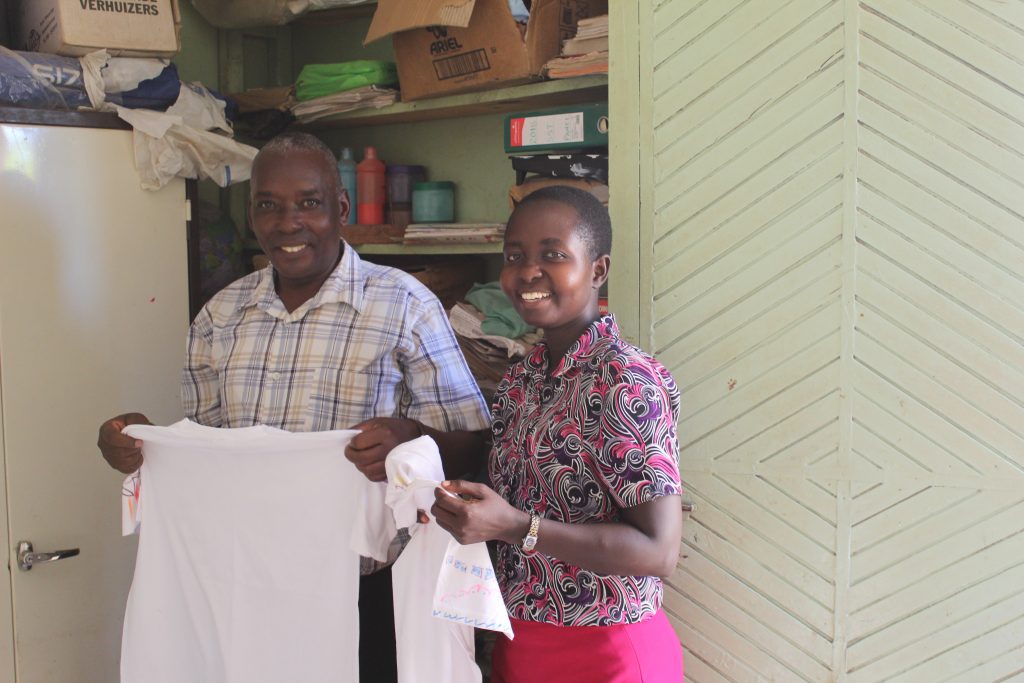 A pity that Mr John Ooko did not turn the T shirt to face the camera – then we could see the design!  (Editor)

Bishop Luffa School, have been raising funds since David and Jessica Groves were students there and were part of the first group to visit Kenya in 2002.  For the past three years Wilson House have held a Christmas Fair, raising an average of £900 each time.